With more than 15 vineyards and 20 different grape varieties, the Wine trail of Wales is a scenic and sipping wine travel journey to some of the most picturesque parts of the country. 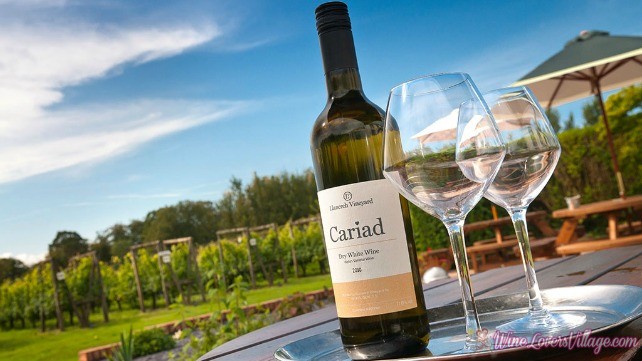 If you’ve been to Wales, you’ve likely noticed more castles per square mile than anywhere else in the world, and their sheep population is four times greater than Welsh population of humans. What you may not know is that Welsh wine is also pretty amazing, and the Wine Trail of Wine is scenic and tasty.

Wales has over 15 vineyards and more than 20 different grape varieties producing 100,000 bottles of world class red, rosé, white, as well as sparkling wine per year in stunning locations. In fact, 20 varieties of grapes are grown among 12 different vineyards that make up Wine Trail of Wales.

A few years back, I was lucky enough to visit Wales and experience the golf courses. You can’t help but notice, in a mouth-dropping-wow, kind of way, that Wales boasts a stunning backdrop of sea and mountain, hill and vale, welcoming people in a natural setting. I discovered it was the perfect setting for some of the best golf in the world, much less expensive and crowded than their neighbors.

With its rich farming land, vineyards and producing wine is the next natural progressions. That’s quite enough to put this small, often-missed gem of a country back on the map.

With so many invasions in their history books, Wales has adopted (or perhaps adapted is a better word?) a variety of interesting cultural influences. As centuries pass, invaders conquered and left (some voluntarily; others not so much), and many of these cultures have blended into Welsh.

Those cultures also brought the knowledge of production of wine.  Did you know?

Wale vineyards have been growing in popularity with countrywide tasting events and celebrations, including Llanerch Vineyard.  Located in South Wales, (just 20 minutes away from Cardiff), wine enthusiasts are invited to enjoy a day at its annual Grape Harvest, taking place at the end of October.

For information on the Wine Trail Wales vineyards, visit www.winetrailwales.co.uk/

Best Cocktails from Around the World – Travel Inspiration

4 Favorite Local Beers Around The World