In just a few decades, Oregon has gone from an unknown to a premier wine region, with its Pinot Noirs competitively ranking as some of the best in the world in international competitions. There are now more than 300 wineries in Oregon and the famed Pinot Noirs are but one of 70+ varieties.

The majority of these wineries are in the Willamette Valley extending south from near Portland to Eugene. Despite the explosion in popularity of wines from this region, it’s still well off the tourism radar. Unlike in California’s Napa Valley, where you may find yourself sharing the road with multiple tour buses, you often have the roads and the tasting rooms to yourself.

The bike routes in this region are on regular roads, but it’s possible to do much of the touring on calm country lanes. In the summer it’s not hard to find a healthy snack, with roadside stands selling berries and fruit. 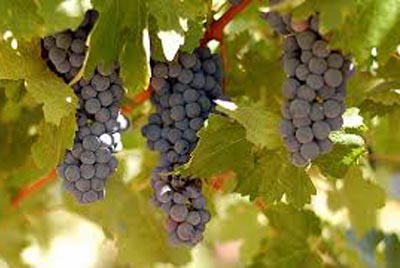 Where to Stay in Willamette Valley, Oregon

You can base yourself in one inn and branch out from there, or meander down the valley to sleep in a new area each night. Peter Nelson chose the latter option with Life Cycle Adventures after setting up a customized itinerary. “Their support on the ride was so nice to have; all you need after you take off is a cell phone in your pocket if you get in trouble or your bike breaks down. At one point they came 40 miles out of their way to fix a brake cable.”

The Oregon wine country is not known for high-end lodging, but most cyclists find that it’s plenty comfortable after a day of riding.

A few short routes allow riding back on an Amtrak train: the connections between Salem, Albany, and Eugene are 30 to 44 miles. Perhaps the best way to get a taste of an Oregon wine biking trip in one day is to follow the tracks of Tom Huggins at Eola Hills Wine Cellars in Rickreall. Each Sunday in August he leads a group on two intersecting routes of 30 or 52 miles, stopping at various wineries along the way and finishing up with a barbecue.

Consider this region a counterpoint to the Finger Lakes, with complex red wines being the ones that stick in the memory. Peter Nelson points to one he liked so much he flew a few bottles home: Willamette Valley Vineyards Founder’s Reserve Pinot Noir 2007.

Life Cycle Adventures runs customized independent tours (LifeCycleAdventures.com), while Unusual Tours is a budget option for those with their own bike who are up for camping and motels (Unusual-tours.com). Cycling routes and maps are at Ride Oregon or the Oregon Wine Center. For train connections, see the Amtrak Cascades and Coast Starlight routes at Amtrak.com and reserve far ahead for a bike spot. The Eola Hills one-day rides with support are $65 (See EolaHillsWinery.com).