More than 9,000 miles from Tuscany, Adelaide Hills, an Australia wine region produces Italian Style Wine, emerging as a primo producer of Italian varieties and styles. Many of the more than 100 wineries in the Adelaide Hills region of South Australia are making Italian style wines with some of them receiving recognition on the world stage.

Cheers to the Adelaide Hills region for bringing Italian style wine to Australia. In a competition first at the prestigious International Wine Challenge this month, wineries Bird in Hand and Mr. Riggs were both awarded Gold medals for Adelaide Hills wines made from Montepulciano grapes. It was the first time a non-Italian Montepulciano has won Gold.

Bird in Hand Winemaker Dylan Lee said the winery began making a Nero d’Avolo in 2011 and the Montepulciano in 2012. Grapes for both single vineyard wines are sourced from the Kersbrook area of the Adelaide Hills.

“It’s particularly well suited because it’s a little bit warmer (than most of the Adelaide Hills) and drier so it suits those more robust type wines such as the Monte and the Nero,” Lee said.

“Initially it was done as a trial – a three-year contract to see how the wines looked – and they looked fantastic from the get go.”

Lee said Bird in Hand was working on an Italian range in collaboration with Sydney-based Italian actress, blogger and cookbook author Silvia Colloca.

He said the new range would likely include the Montepulciano, Nero d’aAvolo, Pinot Grigio and Arneis.

“We are definitely looking at these wines for the long term and so far it’s been really positive,” Lee said.

“They are small production at this stage … (but) we find a lot of our Italian wines have a pretty loyal following.”

Winemaker Sam Scott’s first experience making Italian styles in the Adelaide Hills was with a 2010 Fiano, which he produced under the Scott label. La Prova – and Italian term meaning “The Trial” or “The Experiment” – was launched by Scott in 2012.

“I was looking for textural, savoury varieties, which led me to the aromatic dry white Fiano and also to Sangiovese,” he said.

“Culturally we’ve had a shift with the styles of food and our lifestyles and these varieties are medium weight, they’re textural, savoury, they’ve got a finesse and a really good character from rustic through to polished.

Search, Compare & Book a Flight today with Airfarewatchdog and Save Big!

“The Adelaide Hills really is like a mini-Italy, we’ve got lots of little almost sub-regions that have very particular differences from Piccadilly at the highest point in the hills to somewhere like Kersbrook, which is one of the warmest parts. The actual diversity of what we can grow and make is astronomical.”

“They just work around a lot of different flavours and the Adelaide Hills is just an incredible backyard to have at your disposal as a winemaker,” he said.

“But it’s still early days for Italian varieties in Australia, it’s traditionally been very much weighted to classic French varieties or international varieties like Riesling but we’re probably more Mediterranean in our climate particularly in South Australia.”

Australia was awarded 815 medals at the International Wine Challenge including 80 Gold, 375 Silver and 360 Bronze to finish second on the leaderboard, beaten only by France.

More than 200 cellar doors are within an hour’s drive of the city centre of Adelaide. 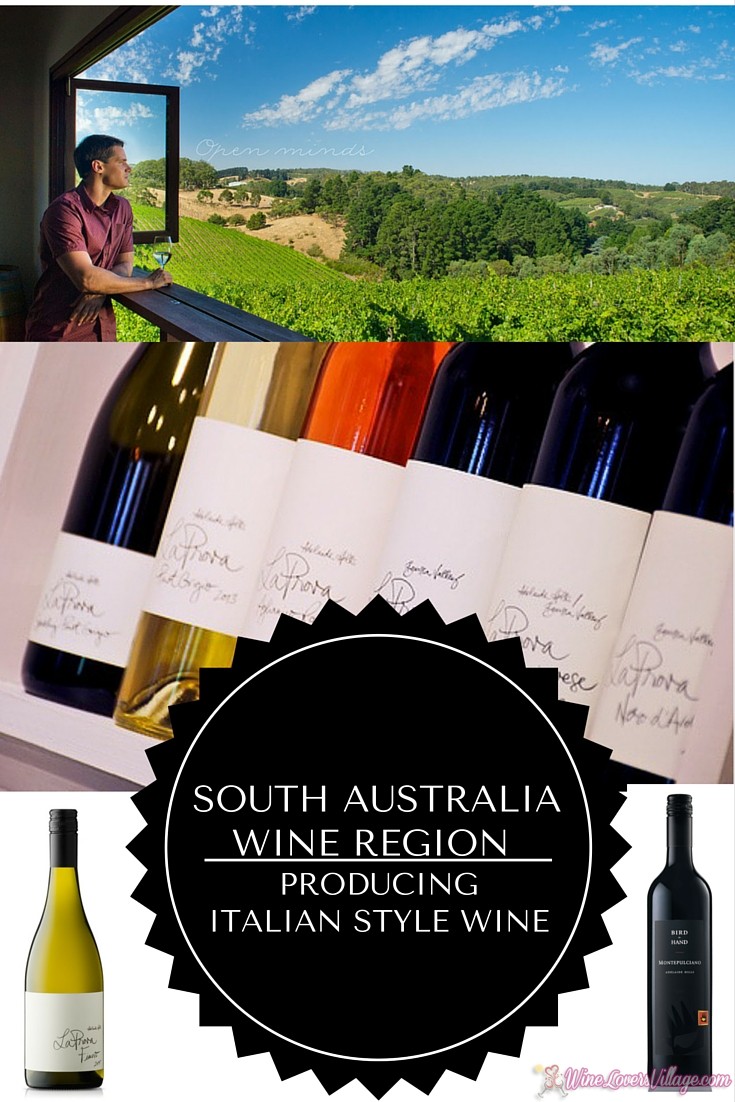